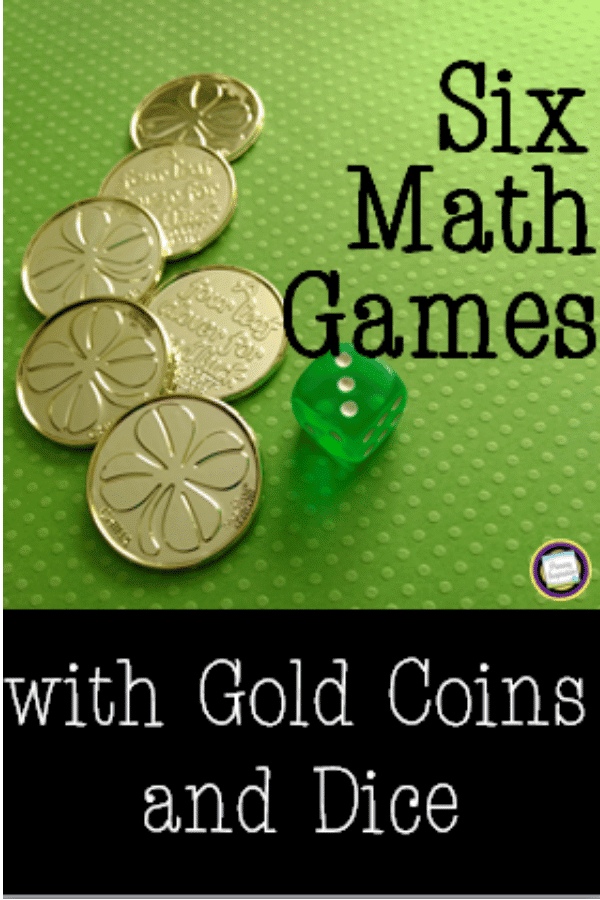 Kids LOVE these coins, so why not put that excitement to good use?

You’ve probably already got a supply of these fun plastic coins hidden away in your March supply bin, or maybe even in your math tools. If you don’t have them, you can find a few packs at the dollar store.  A few dollars worth will go a long way with these games.  Plus, you’ll get double duty from these coins when you use them again in September for pirate games on Talk Like a Pirate Day. { Just a heads up: I spotted these coins this year in one of the larger crafts chain stores for $4.99!! Seriously, you can do much better than that at the dollar stores.}

The only things your students will need to play these games are gold coins and dice – no game boards, no cards!  A few of the games also require a whiteboard and erasable marker, but you can use just use paper and pencil if you don’t have whiteboards on hand.

Here are the six St. Patrick’s Day math games that you’ll find on these task cards.

If you’d prefer not to use gold coins, two-sided counters or even pennies are perfect substitutes, and can take these far beyond St. Patrick’s Day math games and turn them into year-round staples in your math center! In fact, you might challenge your students to invent some of their own math games with gold coins!

Click here to download your set of directions cards to make it a snap for your students to use these St. Patrick’s Day math games in your math centers! 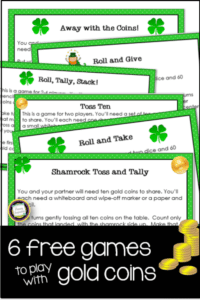 Thanks for stopping by, and have a great St. Patrick’s Day! 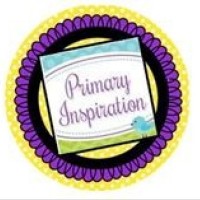 Hi, I'm Linda Nelson! I love to create resources that keep the fun in both teaching and learning! I specialize in resources for kindergarten through fifth grade, especially games, riddles, and activities for math centers and literacy centers. I hope you'll stop by to see more by visiting
Primary Inspiration blog and my Teachers Pay Teachers store. You can also find me on Pinterest and Instagram. Thanks for stopping by!